Discoveries of Masaru Emoto about the Memory and Member of Water 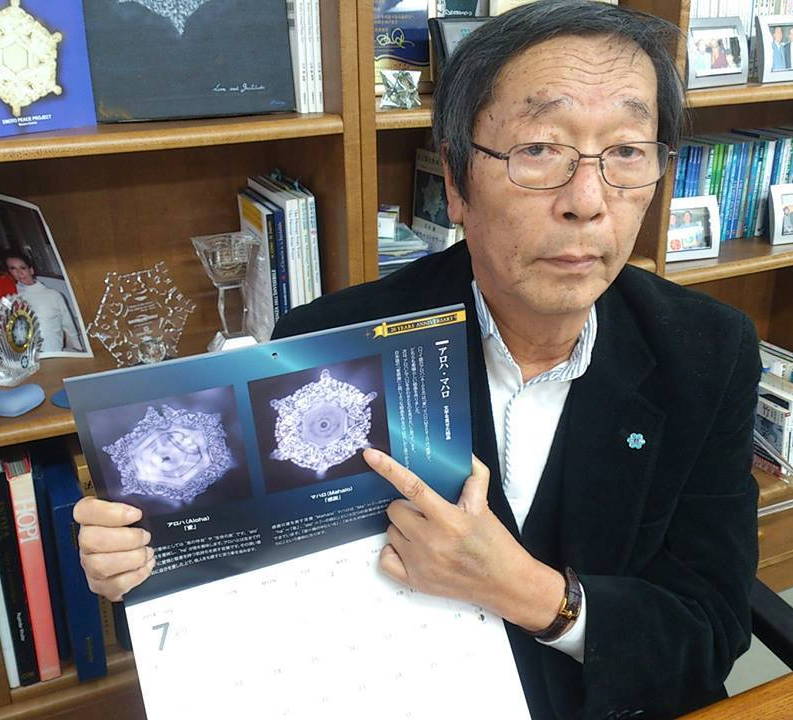 Masaru Emoto was a Japanese researcher and an author who developed the theory that the human consciousness has an effect on water. His theories were evolved through the time and he wrote them down in his books. He believed that the water can react towards positive and negative words or thoughts and if the water is polluted then it can be cleansed through prayers and positive imagination. His books and revelation about the water mystery are widely known around the world.
Dr. Masaru Emoto was an independent scientist, basically as he took a keen interest in the study of water as an original thinker in the mid-90s after taking a job in Oklahoma City in the United States of America. He became the Doctor of Alternative Medicine by studying at the Open International University for Alternative Medicine in India in 1992. 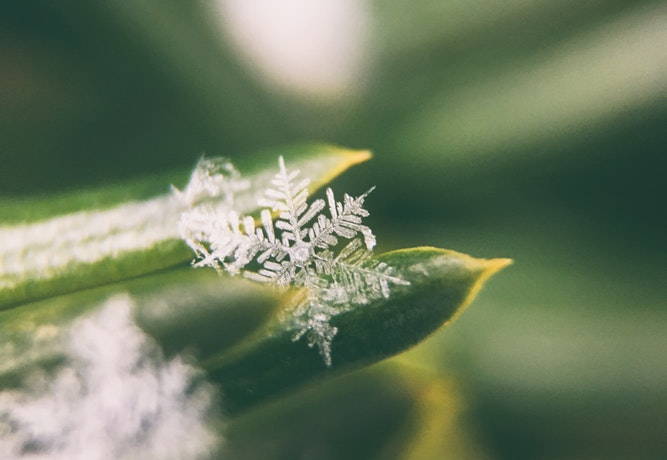 Dr. Emoto started his experiments of water molecules taken from various streams, ponds, and rivers. He took samples from different sources, put them in different situations and froze the water molecules over the slides to observe the phenomenon of those crystal water molecules. He took the microscopic pictures of every slide with the frozen water crystal molecules and described its aesthetics. After conducting a brief research, he concluded that the water crystals taken from positive situations like nice gratitude, music, and fresh mountain streams have better geometric shapes than those that were taken from the negative situations. 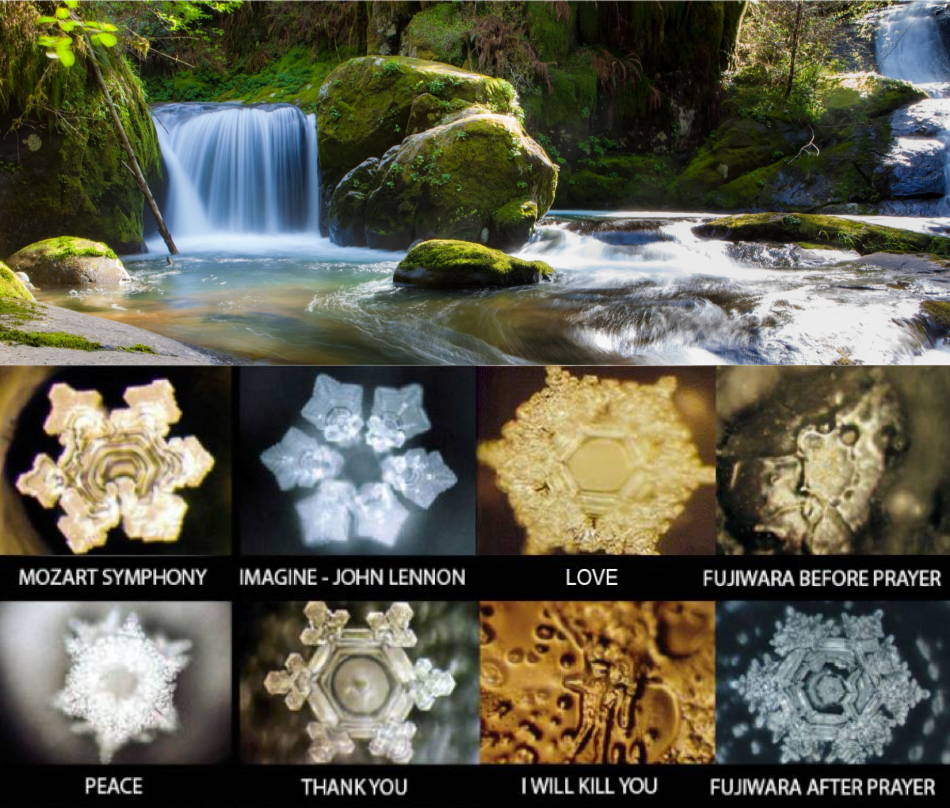 He discovered that the water is the blueprint of our reality and it would be affected by the surrounding different energies and vibes. Everything in our surrounding has an energy or vibe that can have a positive or negative effect. His conclusion contained a theory that if water is positively affected by the surrounding it will have a great pleasing look. On the other hand, if the water has been affected by the negative thoughts, energies, or vibration then its frozen molecular structure would be ugly looking on the slides. He took many microscopic photographs of his experimented bottled water molecules by exposing them in various situations by using the high-speed photography and Magnetic Resonance Analysis Technology.

Impacts of Emotions and Thoughts on Water: 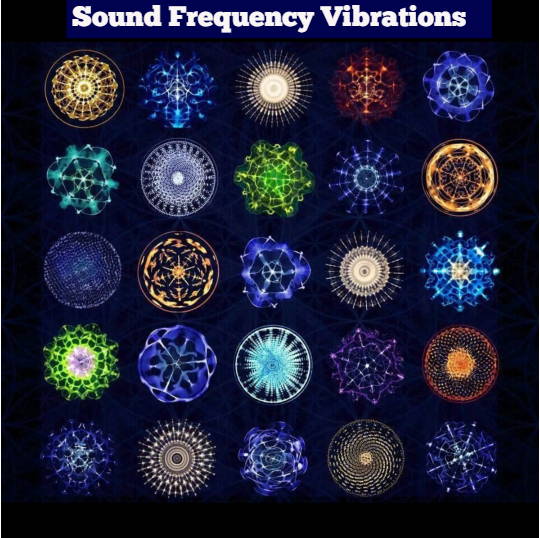 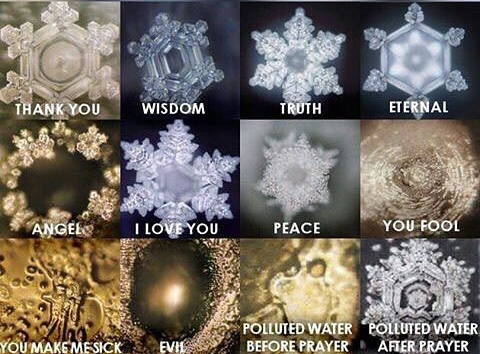 He also made a unique conclusion that if this polluted water is to be exposed with ultraviolet waves or a certain electromagnetic wave than it can be cleaned. These waves can be the thoughts and intentions of a person towards you. The same goes for the music. Music is a form of sound and like humans water absorbs, feels, and retransmits the energy so does the water. So, if you expose water to heavy rock music, its molecules would be of scattered shape and volume while a perfect combination of tranquil music binds the real geometric shape of water molecules and form a beautiful pattern of water crystals.

The Significance of Water and Humans: 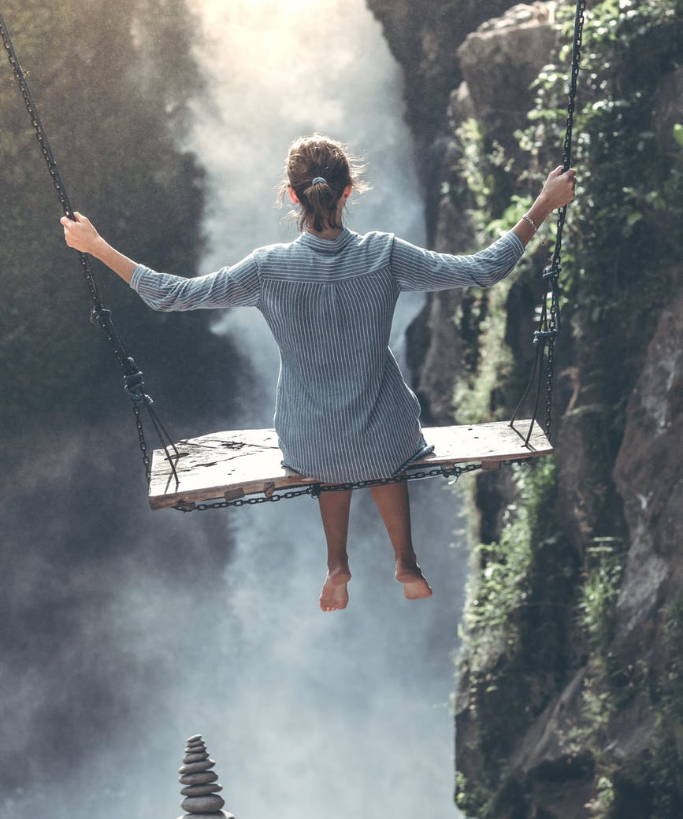 Considering the water abilities to feel the emotions, observation of surrounding, and transmit them according to their energies, Dr. Masaru Emoto compared the humans with water as the adult humans are made of 70 % water and the unborn child is of 90% water. A person can be affected by his or her surroundings just like the experimental water bottles he used in different situations. If the humans are to face the positive gratitude or peaceful music they will be pleasing and beautiful and if the human is surrounded by the negative energy like harsh words, insulting behavior, and mean vibes they will be distant and scattered like the water molecules. On these results, Dr. Emoto believed that kind words have the positive effect on the world whereas the negative words have the power to destroy the whole world. He basically made the water as a living consciousness for the world. Every person is supposedly a water molecule who is affected by the surrounding energies and vibration. To explore further of Dr. Emoto’s theories, one must read his books “The Hidden Messages in Water”, “The True Power of Water”, “The Secret Life of Water” and others.

The Memory of Water: 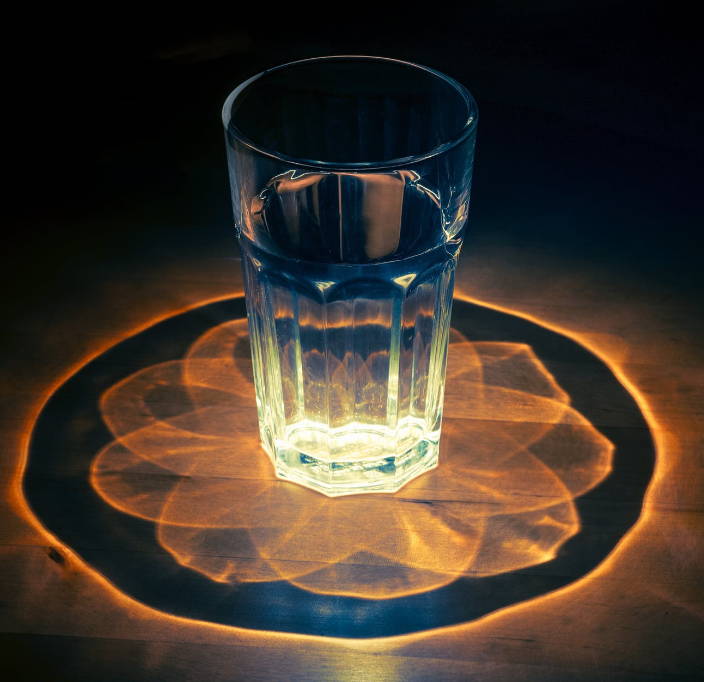 Water has extensive abilities to feel the emotion therefore; it is believed that water also has the ability to memorize and store the particular situation. This situation can be observed by observing the fact that according to Dr. Masaru Emoto, every molecule in the water reacts towards the surrounded situation. Therefore, water transmits the information and keeps the memory. A recent experiment was done in German University where they dipped different real flowers in different water jars and after some time they took the water samples of every jar and each one of them was different from the other. This crystal molecule showed the pleasant formation, but every molecule in the droplet of water contained the shape of a flower that was dipped into it. The video was also displayed on the Oasis HD Channel. This experiment showed that the water molecules in each jar took the shape of a flower because water has memory. By supporting this experiment, they also revealed that the oceans are the giant source of information and when water travels it transmit information and that information is then transferred when anyone drinks it. 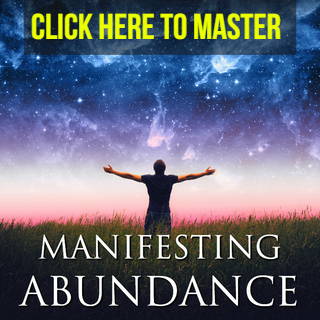